What do we do when those mandated to protect us are serving other interests than public safety and security? In South Africa, police corruption leaves the public exposed to high rates of crime, and causes distrust of the police service while allowing crime to flourish.

Our recent Corruption in Uniform report, released in mid-June, paints a grim picture of corruption within the South African police and metro police services.

Analysing the 1,440 reports we’ve received to date that point to police corruption, we noted that the top three types of corruption experienced by whistleblowers are bribery (33 per cent), abuse of power (23 per cent), and failure to act (18 per cent).

The GCB for Africa also found that 19 per cent of South African respondents had paid a bribe to a police officer, whether just once, occasionally, or often.

This experience is replicated across most of the 35 countries surveyed, with citizens identifying the police as the most corrupt public institution, with nearly half (47 per cent) believing that most or all police officers are corrupt.

Our whistleblowers, too, spoke of police officers soliciting bribes. Some mentioned an element of coercion or intimidation. For example, one reporter stated that a police car followed her home, stopped her and accused her of driving under the influence in order to extract a bribe.

The effect of bribery in this circumstance is more than just the corruption. Allowing dangerous or reckless driving, in exchange for illegal monetary compensation means that law enforcement representatives are failing in their duty to ensure safety on the roads.

A stand-out theme in both reports and community conversations, is gender-based violence by the police, particularly towards women. In an instance of assault, a female victim was locked up in a holding cell and told that her abuser had filed an opposing case.

She was repeatedly asked by a male detective if she had tattoos on her body, and then threatened with a strip search, the officer telling her that there was “nothing anyone could do to stop” him.

There is also the patriarchal position of ‘victim-blaming’, which often happens in police stations, especially where female officers are not available to assist. In Diepsloot, a township in Gauteng province, some women told us that in cases of domestic violence, the police vehicles are like mortuary vans — they only come when there is a body.

At the other end of the country, in engagements with Cape Flats communities in the Western Cape, we heard anecdotal counts of how police officers would stop women walking in the street, accuse them of prostitution, and then sexually assault them to ‘check’ if they’d had sex recently.

They also spoke of sex workers performing sexual favours for police officers, to avoid arrest. This makes it clear to us that women are a hugely susceptible group in relation to police corruption.

These reports have driven our ongoing police campaign, which has several elements. We’ve campaigned for our top leadership to be appointed on merit rather than for political reasons, as has tended to happen in past years.

We’ve held community engagements around the country with the aim of documenting people’s experiences with the police. We’ve appeared as amicus curiae in a matter involving the independence of the body that investigates criminal offences allegedly committed by police and metro officers.

One of our most exciting developments was being named a winner in the Google Impact Challenge South Africa, in November.

This award has given us the resources to develop an interactive online tool aimed at enhancing public participation and transparency in the South African Police Service, by granting the public access to over 1,100 police stations throughout the country, and allowing them to rate their police stations based on their experiences, as well as report incidents of corruption.

The project has a strong emphasis on public participation and community engagement, and aims to unleash the power that communities have to demand corruption-free service delivery.

Behind the scenes, we’re working hard to build relationships with various stakeholders in the policing sector, so that our reports and research can be acted upon.

We need police oversight institutions to recognise the extent of the problem, and then take concrete steps to address it in a way that produces firm consequences for perpetrators, encourages ethical behaviour, and restores trust in the police.

Importantly, there needs to be political will from leaders to support oversight bodies with sufficient resources to be able to conduct this work.

As members of the public, we should be sure that we know our rights, as it allows us to assert ourselves against perversions of due process. Ultimately, the hope is that our police campaign will spark a renewed outrage and push-back, and eventually, decisive action against corruption in the police.

Sabeehah Motala is a project coordinator at Corruption Watch, involved in stakeholder engagements and campaigns. Her work involves frequent interaction with communities across South Africa, and she is an accomplished writer for the organisation. Funds to fix crime and corruption 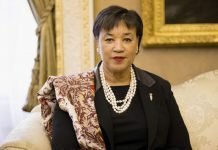 Women’s Day 2020 – Empower our women to keep them safe